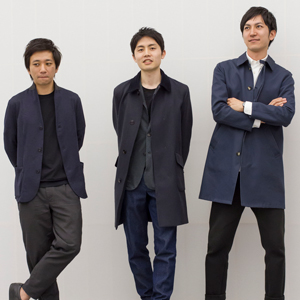 While Kosuke works as a freelance designer, and Noriaki and Akira work as in-house designers, they formed the design collective in 2015 to enter Lexus Design Award 2016, for which they eventually get selected as the Grand Prix.