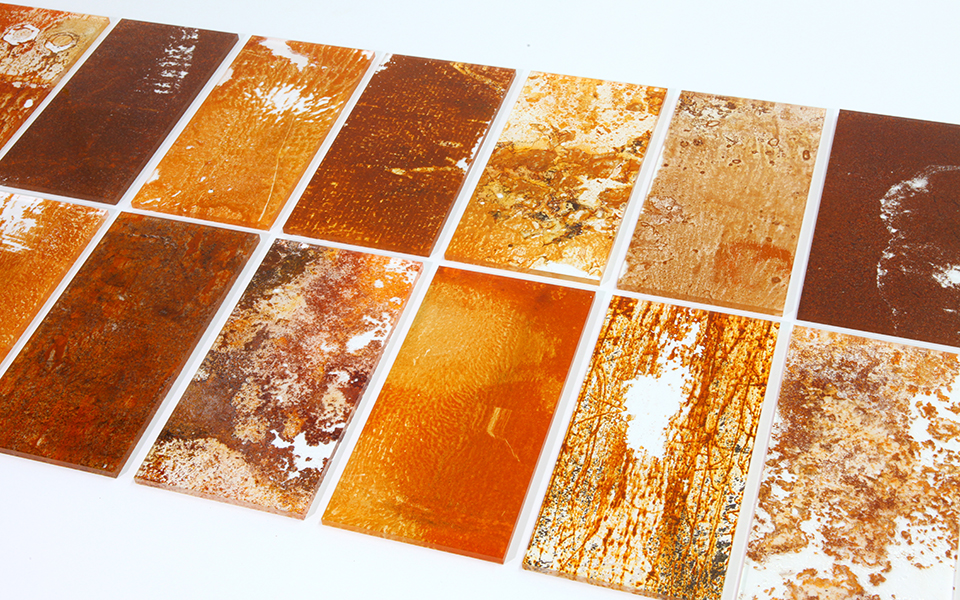 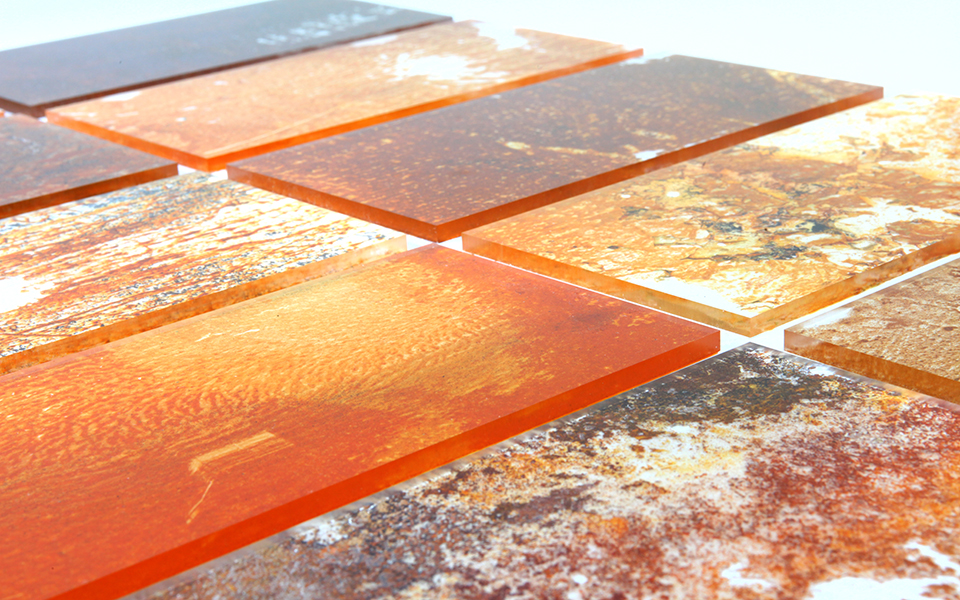 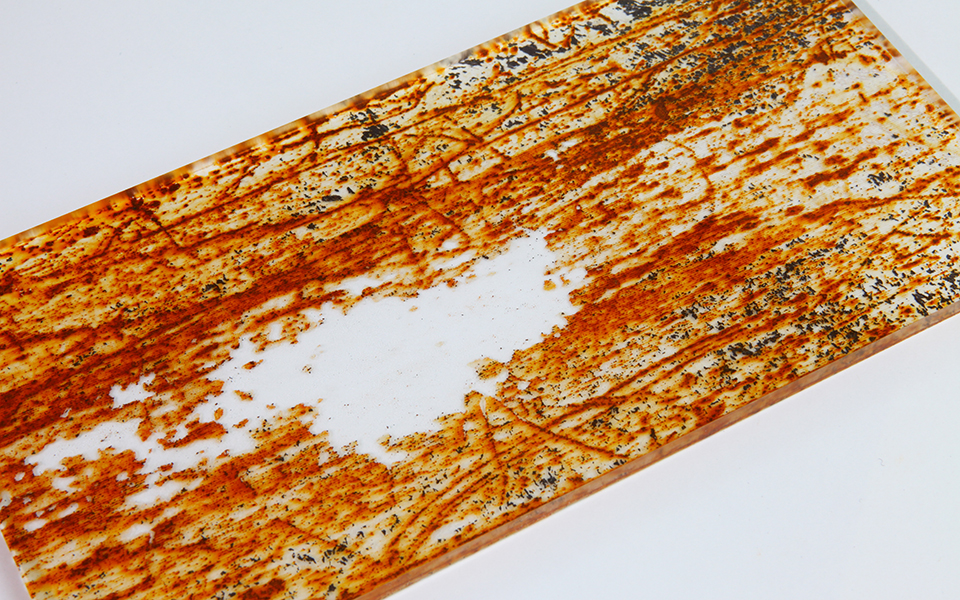 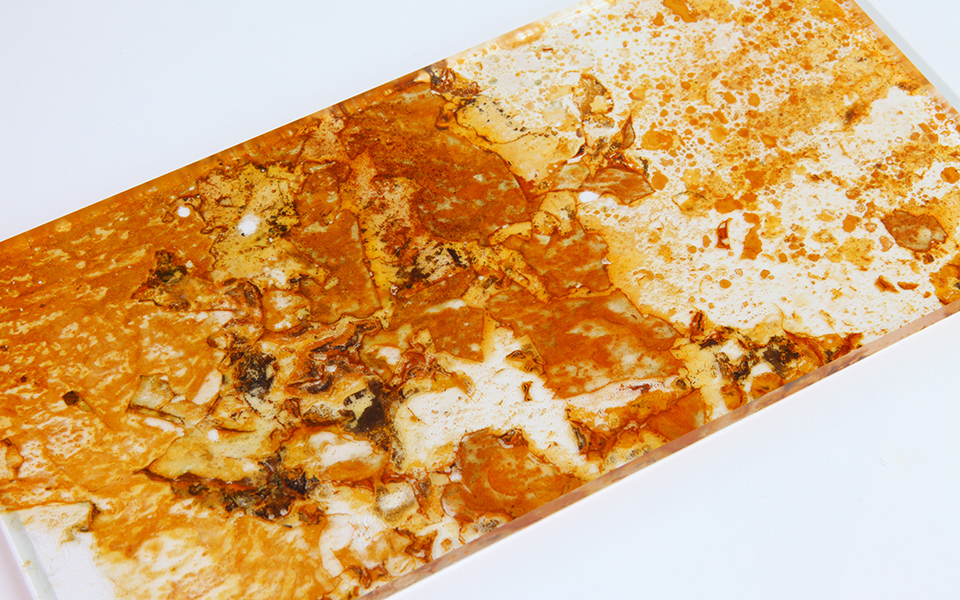 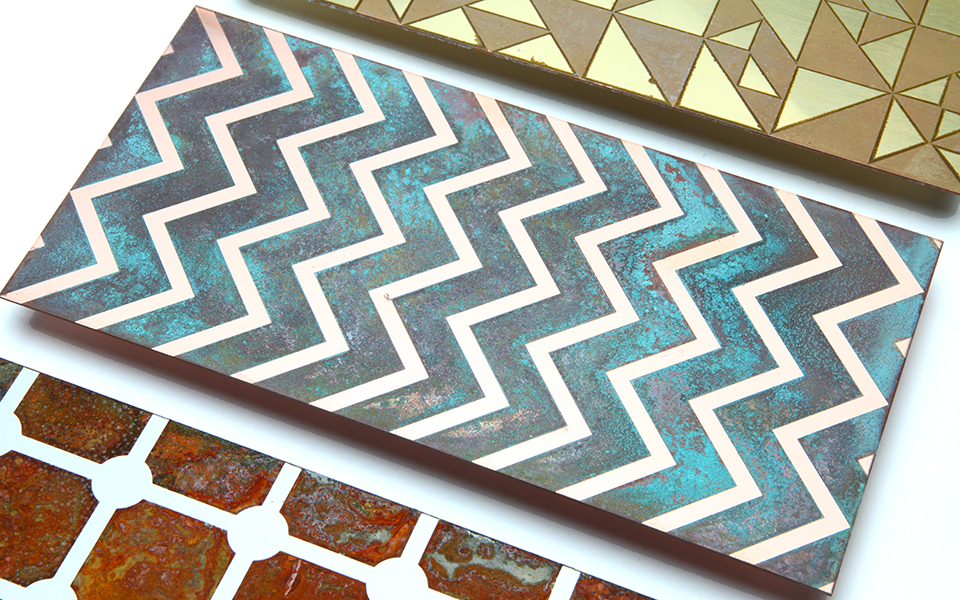 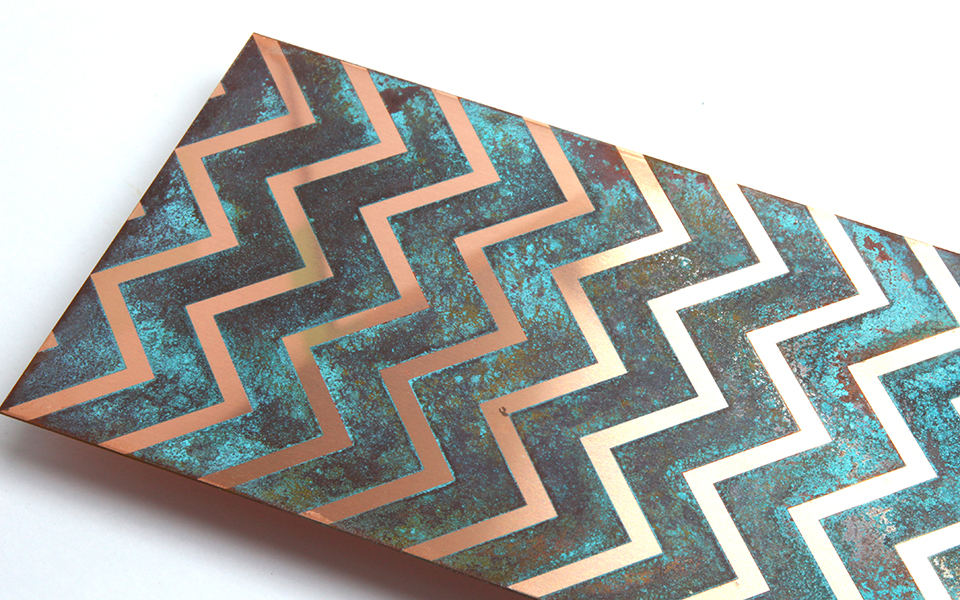 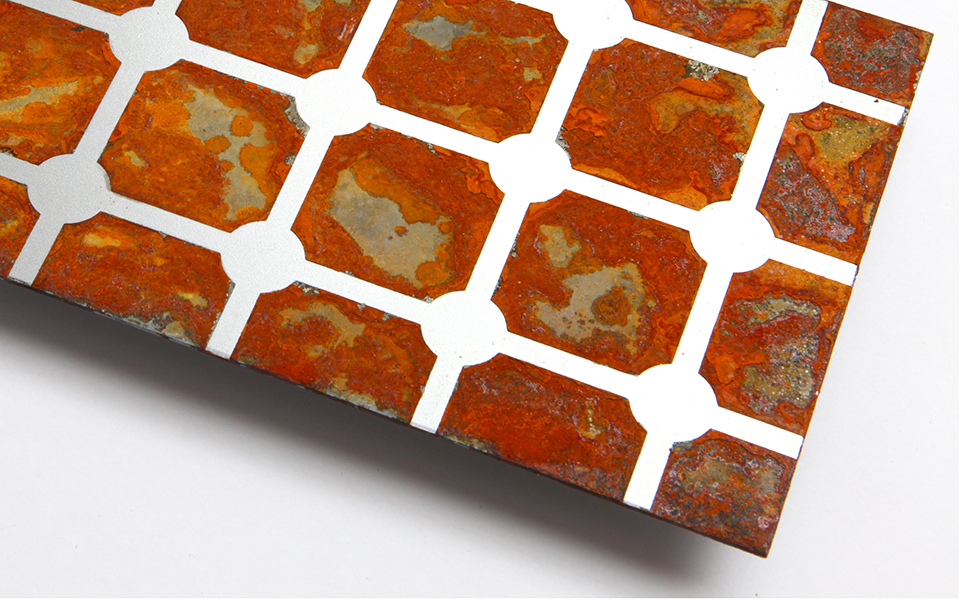 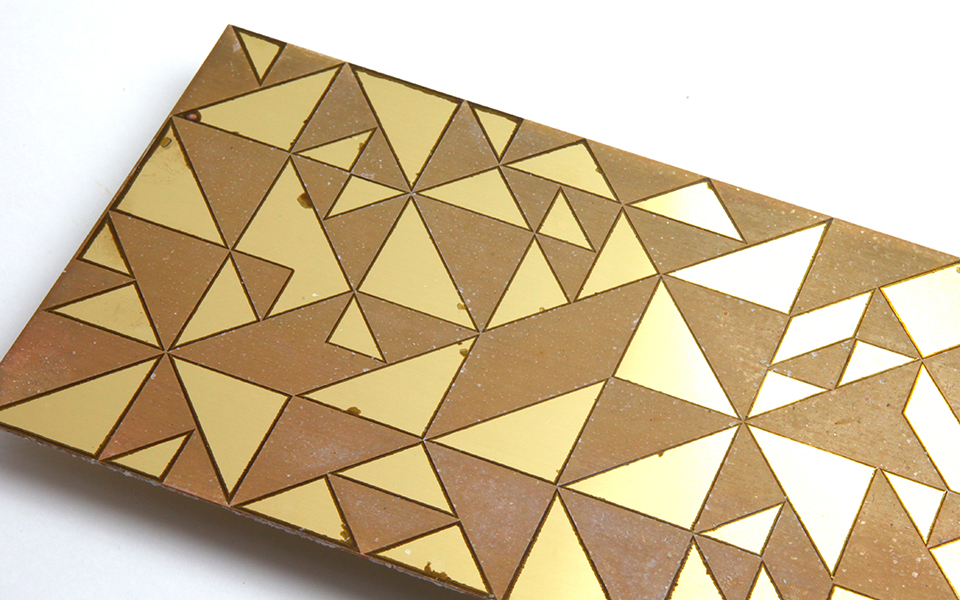 Rust prevention is an eternal theme in a long history of production. The effects of rust have single handedly caused to crash airplanes, slowed down the speed of ships, broke car engines and was always considered harmful. However, when you look at the rust carefully, you will discover that the various colors are mixed complicatedly in very beautiful patterns.

Therefore, we thought of ways to control the occurrence of rust, utilize the patterns drawn on its own, and collect variety of beautiful rust developments in different environments. By using the graphical patterns of rusts that have the original texture and color of the metal intermingled with the color of the metal after rusting, we could enjoy the comparison as well as the change of patterns over a long period of time. And it produced a live texture which can not be expressed only by paints. Moreover, the acrylic resin containing rust is beautiful because it is transparent unlike metals and became a material that stopped rusting process that occurs over time.