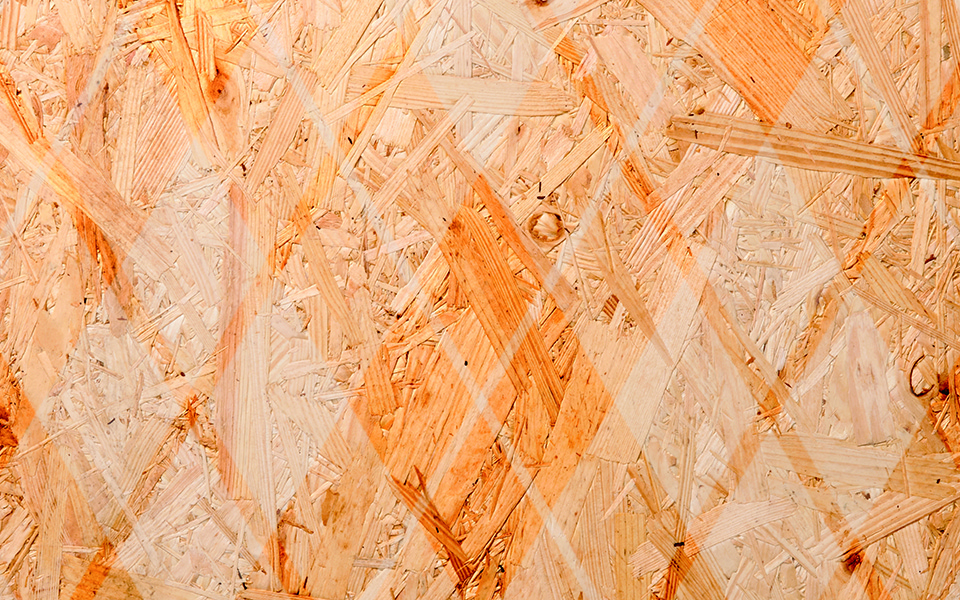 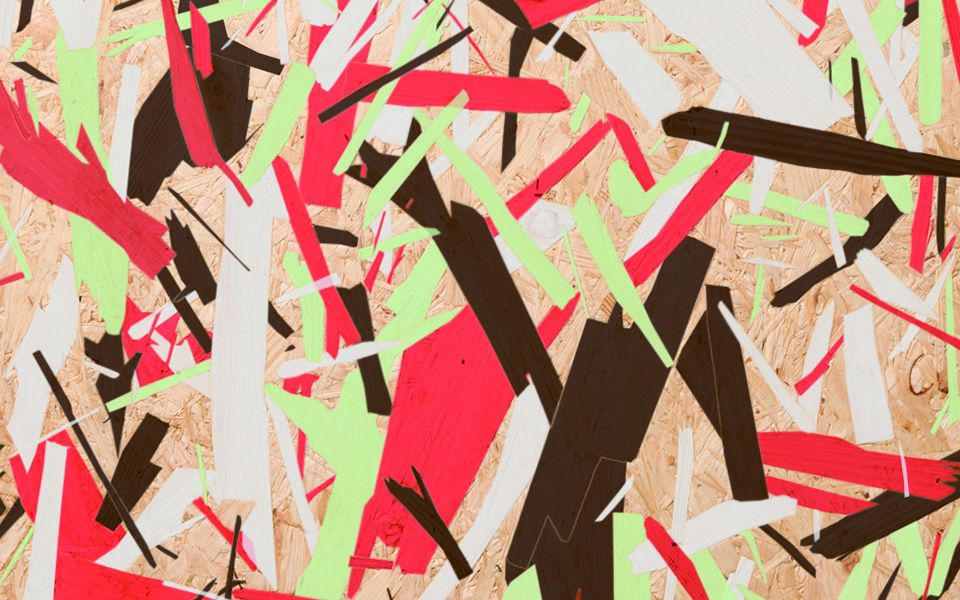 There is a popular and inexpensive precision engineered board called OSB, typically used in wall sheathing applications. Because this board is formed by compressing wood particles, the each layer has unique characteristics and becoming widely utilized as a decorative element. OSB+ is the implemented version which gives the boards a plaid look with final clear coat or a feel of camouflage by adding
colored wood and other particles before compressing. It is my attempt to provoke revolution with a minimum alteration without undermining its original strength, in hopes to trigger a change in the mindset toward ordinary material which may extend to alter the total image of the overview.